Gender stereotypes: The real differences between boys and girls…

I so hate gender stereotypes, i was going to write a post about how parenting my two boys is different to the experience i share with my friends daughters of the same ages, I guess some people would call them our ‘god kids’ if that’s the correct term?

We have a mutual arrangement that if we cark it, they get our kids and vice versa so no all four of us parents going on an oversea trip without the kids anytime soon i guess, but that doesn’t mean we can’t get off together to some tropical island, right Han?!? Dreams are free and all hahah…

And my experience and play with them totally is different and thats totally valid. But in this instance particularly, the similarities and differences I notice are all largely based on varied personality and perspectives not at all gender when it boils down to it. 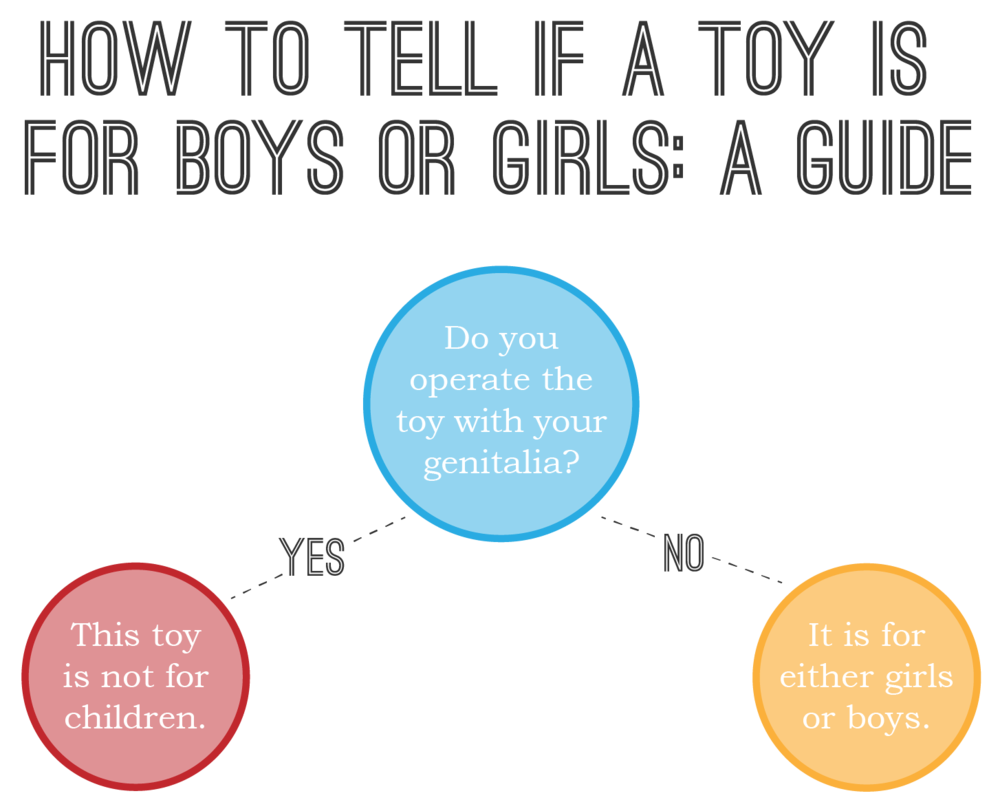 Josh talks about fighting monsters with shields and swords and his imaginary angry bird friends at the moment CONSTANTLY! In epically graphic ways he has dreamed up as he certainly hasn’t seen someone “break both thier legs, eat them and pick out thier eyes to kick around like soccer balls, which is interesting Mum because they usually only eat plants, whats that called again?”

“yeah! They are normally herbivores but not when it comes to monster fighting…..”

James does read books like Jurassic Park to him with milk at bedtime so, yeah I overhear some pretty grown up stuff being read sometimes as I battle Jai with a boob out but never that kind of thing. Josh also likes dinosaurs a lot, both the boys do, who am I kidding, some of this stuff I should say, all the boys do cause James loves talking to them about dinosaurs. They ‘rar’ and ‘roar’ them at each other, stomp them around and fight with them endlessly… Play fighting is a huge thing in our house a lot more of the time than just in the context of dinosaurs too! My kids are rough as guts, they were literally bashing each other with rocks and laughing the other day while we constantly tried to stop them and explain they would likely hurt each other even if it did hurt THAT time…

And don’t get me wrong, I know the difference between a styracosaurus and a brachiosaurus.. I have had quite the dinosaur education over the last four years.. Most of my friends are pretty impressed with my ability to name like a good solid dozen dinosaurs based off their distinguishing features.. Man even I am!

But when we watching a documentary we got from the library about the time of the meteors and it got to the part about it impacting the earth and the heat wave literally boiling them alive and peeling their skin back, I literally had my eyes nearly pop out my head and grabbed the remote to turn it off and all three of them freaked out!

“What are you talking about?!? (this is James, Josh was just melting down in a tantrum screaming “Nooooo! Muuuuuummmm! Mum! Mum!” and Jai just started crying and howling, throwing himself backwards on the floor arms and legs flailing everywhere) it’s scientific, it’s evidence based. Does it look like the content that’s of concern to them right now?!?”

“Seriously?! Seriously??  Omg! Whatever, I can’t be bothered with this!” *cue me storming out in a huff… 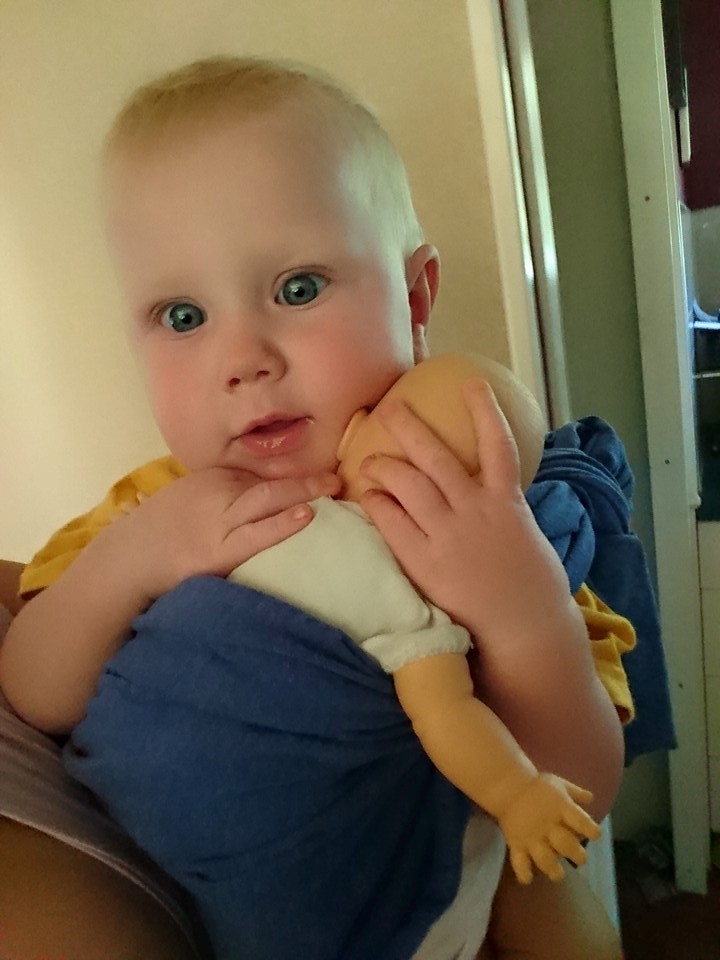 And despite Jai having a doll (which Josh found in a carpark ? cue another battle I chose to ‘lose’, that thing went through the washing machine twice and and scrubbed to buggery with jiff so at least we know it’s super extra robust…) which he loves, I don’t play the same games with it with him as I do with “the girls” (meaning my friends two daughters not girls specifically, that just the collective noun for them in our house!).

With the girls we have played Mum lots and doctors (Miss 4 is equally a Doc Mcstuffins fan as Mr 4 is an angry birds one, lots of the games I hear them playing together feature these guys). With Jai, he wants to strap the dolls to him or carrying them around cuddling and kissing them saying “I’m a dad” ? or wrestle them hahaha

Josh wants nothing to do with the dolls at all. He does like using his sling (Miss 4 has a matching one I made for them both too) to carry his soft toys though… 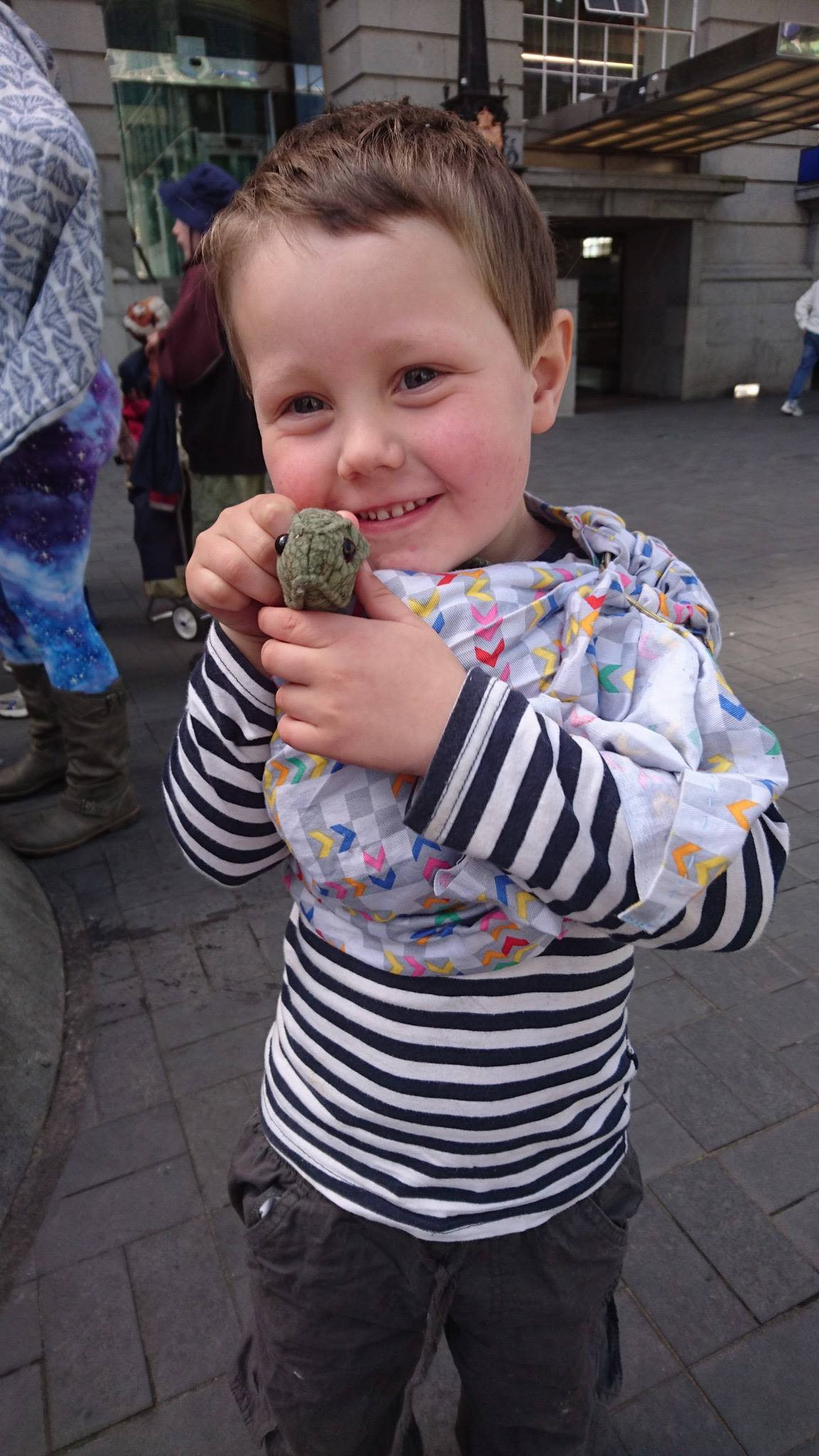 I also hear the eldest two playing “prince’s and princesses” and being woken with a kiss in the castle tent in the yard while the younger two copy their games..And Miss 2 is a lot more like Mr 18 months, which draws another comparison, what differences are between older and younger siblings as well…? So as I mentioned massive perspective & personality differences..

And that goes for us as adults, I remember my parents talking about some of the similarities with mine as I struggled sometimes with sibling dynamics as a kid, they were both eldest siblings themselves so their own perspective had a lot of drawing on that too.

James is a youngest sibling. We often discuss and frame our comparison and relation to the kids on different levels in that sense too. It probably makes things harder for James and I to have the same take on things but it definitely gives them a better roundedness in our approach to them and their struggles together.

And James and I are very different people too.

I am a social creature who feeds off other people’s energy, James is a recluse who finds other people tiring. In some ways we are polar opposites and other ways very similar. Some of that comes down to our genders maybe but more of that has to do with the kind of people we are. I guess it is most evident in our situation where we often play ‘opposite gender roles’ within our family life too. He looks after the kids and takes them to Playcentre, while I have work. He does the dishes and washes most of the clothes in our house.

I clean the lounge and bedrooms, occasionally. Haha I am a terrible “house wife” in that sense… I really don’t care all that much about the state of the house most of the time, but I obviously care about other people’s perceptions of it and my role ad I find myself apologising for it all the time when people come over… I’m working on more ‘authentic relationships’ in other words, not giving a crap and stop apologizing for house messy my house is, cause this is totally how it normally looks I just couldn’t be fuct doing the mad dash, ‘holy shit someone is coming over in ten minutes’ clean up (once aspect of house work I am rather skilled at) where you run around like a head less chicken making piles of things and madly stuffing things in cupboards so it doesn’t look so bad hahaha ?

The differences anatomically are quite regularly discussed in this house… “You don’t have a penis mum and when we wee in the garden it look funny!” (Don’t judge guys haha i live in a house of boys and we have a gardening business and bush block with no toilet, I can “cope a squat” with the best of them but I still can’t pee standing up!).

“You have a vagina and boobs that make milk. You can have babies. Dad’s help but they can’t have the babies themselves because they don’t have a vagina.”

“Yes Josh that’s right. Can you please go and tell Dad about that while I just have a moment to pee!?”

And that’s it really… That’s the difference between boys and girls.

The rest is cultural and social ideas around things appropriate for each gender and those that don’t fit inside that spectrum.. And it isn’t helpful.

Gender identity is much more than anatomy, I appreciate I am simplifying that but sexual orientation isn’t something kids of this age are even thinking of yet. If they are identifying with the sex which they aren’t, maybe something could be said about the standards and norms we perpetuate about these roles rather than trying to get the people expressing discomfort at them to fit inside some category we have constructed?

In my house where I am the only girl, I am really conscious of the norms and expectations we are establishing for our kids around that difference.. I have hope my sensitive, caring boys will have the confidence and security to be themselves, whatever that means to them without focusing too much on what that means in terms of societies expectations of their gender…

And I am so proud of the role model their Dad is setting for them about being a kind and connected father figure… Plus they see their mum being a “bossy bitch” a lot of the time, I would hope they would never think that “like a girl” was an insult…

And I thankful for strong, independent little girls who are part of our lives and help me to reinforce that concept <3